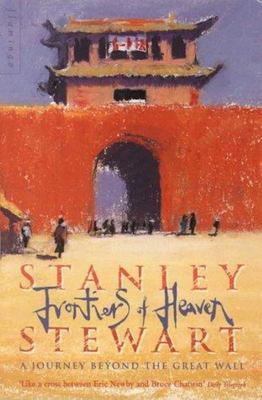 Frontiers of Heaven: A Journey Beyond the Great Wall

For the Chinese, the Great Wall defined a psychological frontier. Within it lay the Celestial Kingdom, the compass of all civilization. Beyond lay a barbarian world of chaos and exile. Chinese journeys to the west, along the ancient Silk Road, were passages into the unknown, often into legend. Today the great western province of Xinjiang is still a land of exile, the destination of soldiers, reluctant settlers, political prisoners and disgraced officials. Following in their wake, Stanley Stewart's journey takes him halfway across Asia, from Shanghai to the banks of the Indus. He passes through the heartlands of China, beyond the Great Wall and into the wilds of Tartary. He crosses the Gobi and the Taklamakan deserts to the high passes of the Pamirs and the Karakorams. Along the way, he meets the modern Chinese for whom these regions beyond the Wall still hold the same morbid fascination.