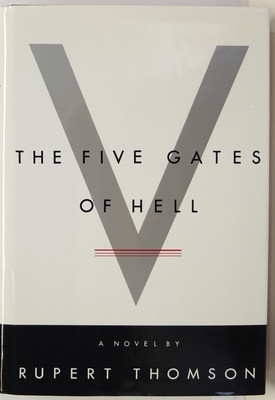 The Five Gates of Hell

There were very few land burials in Moon Beach any more. It was considered old-fashioned and unhealthy, it was something that only happened to the poor. Instead the dead were buried in ocean cemetries, twelve miles out. A special festival was held every year in their honour. Children loved it. Suddenly there were white chocolate bones everywhere and marzipan skulls and ice-cream coffins on a stick. There were costume parties too. You had to wear something blue because that was the colour people went when they were buried under the sea. You could paint your hands and face if you liked, or even dye your hair. That's what people did in Moon Beach. Turned blue once a year. And then, sooner or later, they turned blue forever...