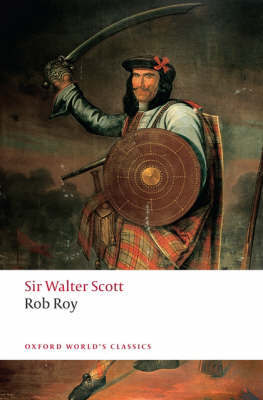 For the most popular of his Scottish romances, published at the end of 1817, Scott drew on the legends and historical anecdotes about Rob Roy MacGregor he had collected in his youth. The famous outlaw is only one of a series of vivid characters who cast their spell of the novel's hero, Frank Osbaldistone, on his journey through the wild northern territories of the new United Kingdom. Banished from his father's house, falling hopelessly in love with the spirited Diana Vernon, Frank becomes involved in he conspiracy surrounding the disastrous Jacobite rising of 1715. His adventures take him to 'MacGregor's country', across the Highland Line, where he finds cruelty, heartbreak, and some unlikely friends. By turns thrilling and comic, Rob Roy contains Scott's most sophisticated treatment of the Scottish Highlands as an imaginary space where the modern and the primitive come together. Newly edited from the 'Magnum Opus' text of 1830, this edition includes full explanatory notes and a critical introduction exploring the originality and complexity of Scott's achievement.
ABOUT THE SERIES: For over 100 years Oxford World's Classics has made available the widest range of literature from around the globe. Each affordable volume reflects Oxford's commitment to scholarship, providing the most accurate text plus a wealth of other valuable features, including expert introductions by leading authorities, helpful notes to clarify the text, up-to-date bibliographies for further study, and much more.

Ian Duncan is Barbara and Carlisle Moore Professor of English at the University of Oregon.