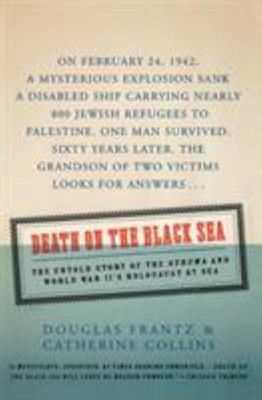 Death on the Black Sea: The Untold Story of the Struma and World War II's Holocaust at Sea

Discusses the harrowing 1942 events and tragedy of the Struma, a disabled ship that was trying to rescue eight hundred Jewish passengers from Nazi-occupied eastern Europe before it was mysteriously sunk by a Russian submarine.

"A meticulous, judicious, at times searing chronicle... It will leave no reader unmoved. -- Chicago Tribune