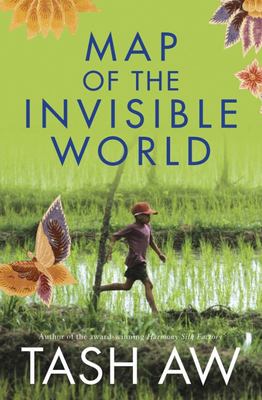 Map of the Invisible World

Brothers Johan and Adam grow up in an Indonesian orphanage but are separated when Johan is adopted by a rich Malaysian couple and taken to Kuala Lumpur by a wealthy Malaysian couple, to a life of smart restaurants and expensive cars, whilst Adam remains in Indonesia where he is adopted by a Dutch painter, Karl, and finds himself growing up in a simple coastal town. Adam often thinks of his brother, but as the years pass, the memories become less painful, and he adapts to his new life.
However, in the summer of 1964 unrest is in the air as post-colonial Indonesia slides gradually towards civil war. Foreigners, and especially the Dutch, are treated with increasing hostility. When Karl is arrested, sixteen-year-old Adam resolves to do all that he can to find him. He makes his way to an old friend of Karl's in Jakarta who agrees to help, but in the volatile atmosphere of the capital, and lured by the promise of help to find his brother, Adam quickly falls in with a dangerous crowd and is swept up in events that reach far beyond his understanding ...

A worthy successor to the highly acclaimed The Harmony Silk Factory, Map of the Invisible World is a touching tale of love and loss, friendships and belonging, and the indissoluble ties of family.