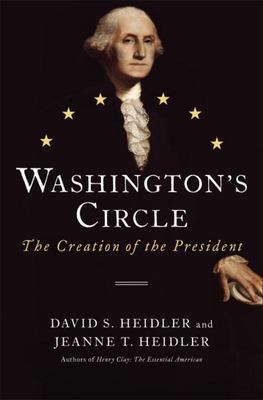 George Washington was a singular, often aloof man who sought out the counsel of a few, trusted men to help him share his task of governing the new nation. In Washington s Circle, David and Jeanne Heidler introduce not just the president but the group of extraordinary men who advised him. The familiar names are here like the often irked and occasionally irksome John Adams, the scheming Alexander Hamilton, and the prodigiously talented James Jemmy Madison, but so are the lesser known Edmund Randolph, John Jay, and Gouverneur Morris. Washington s choices of whom to listen to, for better and sometimes worse, were as consequential as the advice his cabinet gave. It is a story of give and take between Washington and Congress, these men confronted questions, including the limits of executive power, that continue to raise debates today. Washington s Circle is a stunning group portrait of the pioneers who laid the foundations of our government and first put them to the test.

DAVID S. HEIDLER and JEANNE T. HEIDLER have written numerous scholarly books and articles dealing with the history of the early American republic, the Antebellum period, and the Civil War. They are the authors of the acclaimed biography Henry Clay- The Essential American. David is associated with the Department of History at Colorado State University-Pueblo, and Jeanne is a professor of history at the United States Air Force Academy, where she is the senior civilian member of her department.